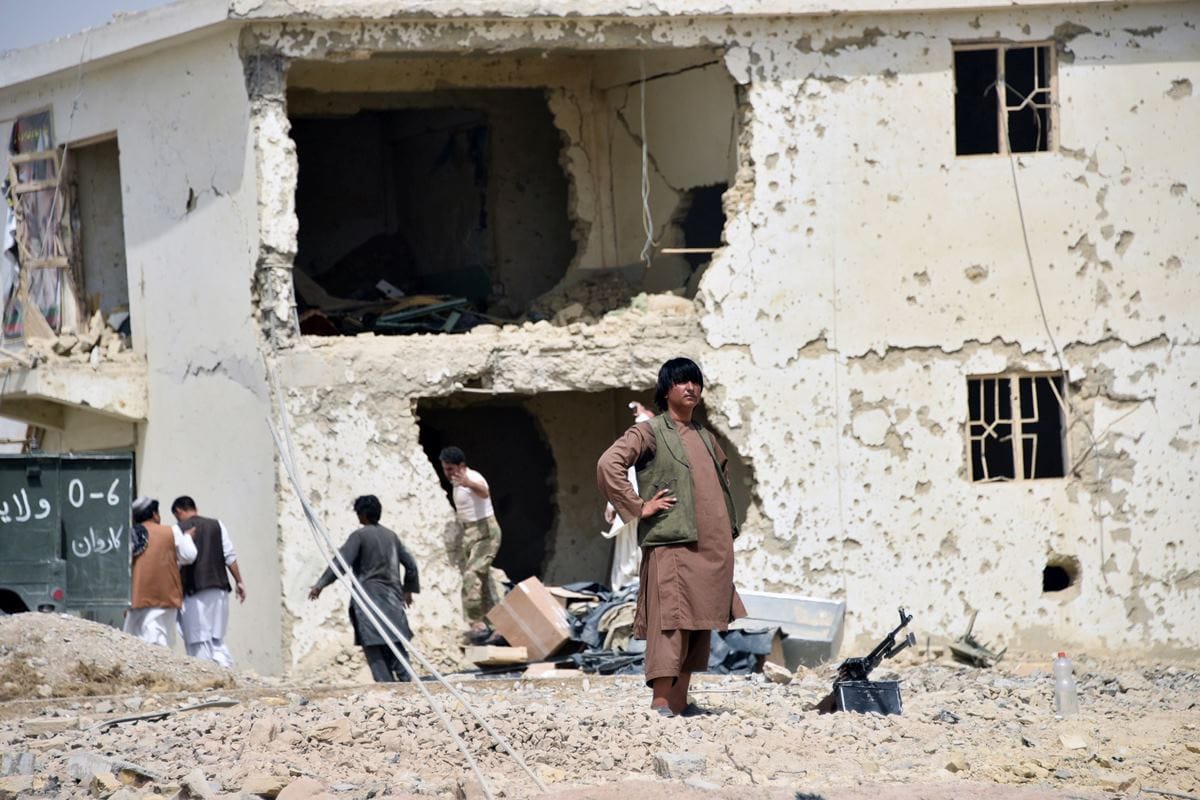 Soldiers from Afghanistan’s special forces paused for a short prayer late on Sunday night on a deserted stretch of highway in the southern province of Kandahar. They do so each time they prepare to face Taliban militants in battle.

The highly trained troops had been called in to flush out insurgents who attacked regular forces and local police hours earlier, only to find that the Taliban had disappeared into the darkness leaving behind a few civilians and wounded soldiers.

“We received a report that the enemy had infiltrated here and wanted to overthrow the district,” Major Mohammad din Tasir, a member of the special forces unit deployed in the Taliban’s former stronghold of Kandahar, told Reuters after the operation.

The report had suggested up to 300 Taliban fighters were present in the area, he said.

“Unfortunately, what we heard in the report and what we saw on the scene did not match.”

Tasir said the absence of Taliban fighters showed that claims by the group that they now controlled up to 85% of the country’s territory were exaggerated.

It also underlined the difficulty in facing an enemy that mixes open assaults on checkpoints, villages, towns and cities with hit-and-run tactics that tend to avoid heavy casualties.

Recent territorial gains by the Taliban come as foreign troops led by the U.S. military withdraw from Afghanistan after 20 years of war, leaving the task of pulling the country from a spiralling security crisis to local forces.

On Monday, the U.S. general leading the war in Afghanistan, Austin Miller, will relinquish his command, in a symbolic end to America’s longest conflict.

Kandahar is one of many provinces to see a recent surge in offensives by the Taliban, which says it wants to be involved in running the country peacefully although it has always opposed the presence of foreign forces.

In the last week the group has been advancing in the west of the country near the border with Iran and has surrounded the central city of Ghazni.

The special forces unit had been called in after insurgents attempted to take control of Khan Baba village in the Dand district of Kandahar, unleashing RPGs and heavy machinegun fire at Afghan security forces and local police.

The soldiers travelled there under cover of darkness, using night vision equipment and moving in Humvee vehicles scarred with bullet holes from previous missions, some of them carried out with U.S. allies.

When they arrived they found the village largely abandoned. Air strikes by the Afghan Air Force had helped push back Taliban fighters.

Special forces personnel moved swiftly and silently from house to house, entering through doors and jumping walls to locate Taliban remnants who may still be hiding in the area.

They found only a few mainly elderly locals who said that other residents had fled when the fighting began. The troops also tended to soldiers wounded in the earlier clashes before evacuating them to the nearest military base.

In the distance sporadic gunfire rang out.

An Afghan defence official said on Twitter on Monday that 26 insurgents had been killed in operations and air strikes a day earlier in two Kandahar districts, including Dand.

Reuters could not independently verify this.

Once the operation was complete, the special forces caught a short rest, before preparing to receive orders for their next mission.