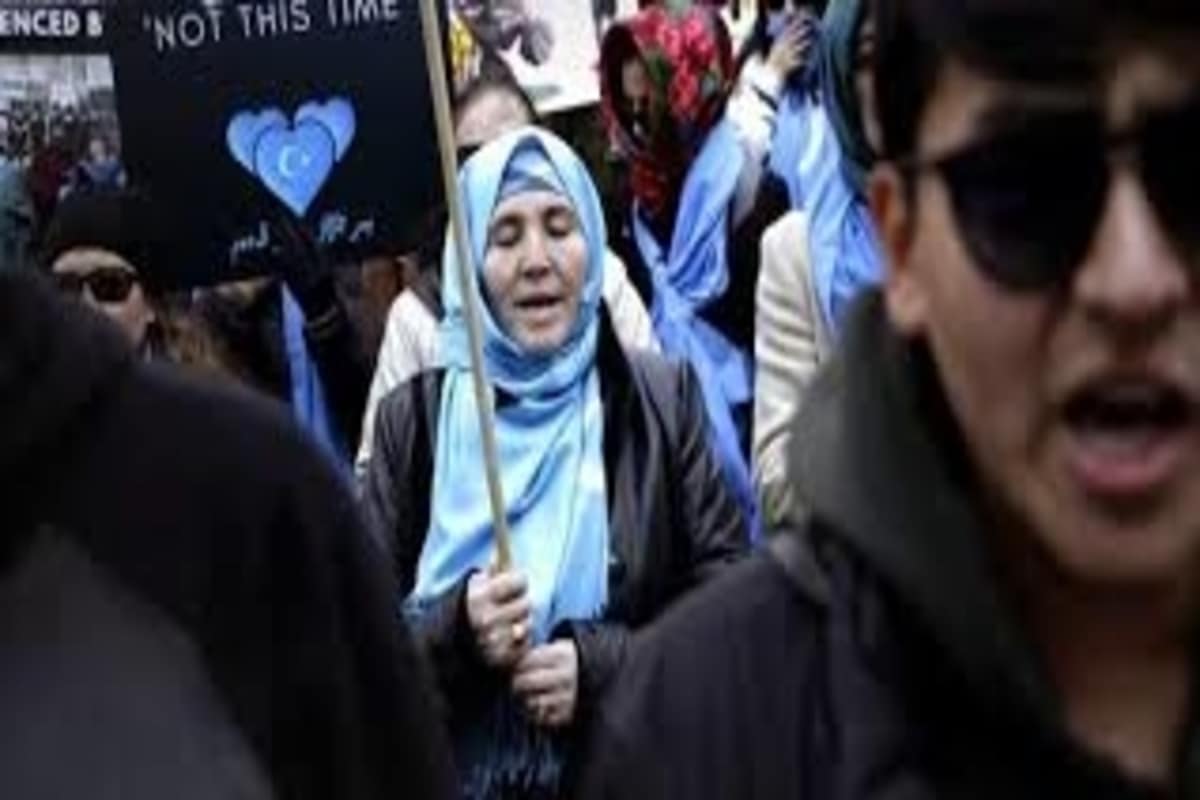 Chinese birth control policies could cut between 2.6 to 4.5 million births of the Uighur and other ethnic minorities in southern Xinjiang within 20 years, up to a third of the region’s projected minority population, according to a new analysis by a German researcher.

The report, shared exclusively with Reuters ahead of publication, also includes a previously unreported cache of research produced by Chinese academics and officials on Beijing’s intent behind the birth control policies in Xinjiang, where official data shows birth-rates have already dropped by 48.7% between 2017 and 2019.

Adrian Zenz’s research comes amid growing calls among some western countries for an investigation into whether China’s actions in Xinjiang amount to genocide, a charge Beijing vehemently denies.

The research by Zenz is the first such peer reviewed analysis of the long-term population impact of Beijing’s multi-year crackdown in the western region. Rights groups, researchers and some residents say the policies include newly enforced birth limits on Uighur and other mainly Muslim ethnic minorities, the transfers of workers to other regions and the internment of an estimated one million Uyghurs and other ethnic minorities in a network of camps.

“This (research and analysis) really shows the intent behind the Chinese government’s long-term plan for the Uighur population,” Zenz told Reuters.

The Chinese government has not made public any official target for reducing the proportion of Uighur and other ethnic minorities in Xinjiang. But based on analysis of official birth data, demographic projections and ethnic ratios proposed by Chinese academics and officials, Zenz estimates Beijing’s policies could increase the predominant Han Chinese population in southern Xinjiang to around 25% from 8.4% currently.

“This goal is only achievable if they do what they have been doing, which is drastically suppressing (Uighur) birth rates,” Zenz said.

China has previously said the current drop in ethnic minority birth rates is due to the full implementation of the region’s existing birth quotas as well as development factors, including an increase in per capita income and wider access to family planning services.

“The so-called ‘genocide’ in Xinjiang is pure nonsense,” China’s Foreign Ministry told Reuters in a statement. “It is a manifestation of the ulterior motives of anti-China forces in the United States and the West and the manifestation of those who suffer from Sinophobia.”

Official data showing the decrease in Xinjiang birth rates between 2017 and 2019 “does not reflect the true situation” and Uyghur birth rates remain higher than Han ethnic people in Xinjiang, the ministry added.

The new research compares a population projection done by Xinjiang-based researchers for the government-run Chinese Academy of Sciences based on data predating the crackdown, to official data on birth-rates and what Beijing describes as “population optimization” measures for Xinjiang’s ethnic minorities introduced since 2017.

It found the population of ethnic minorities in Uyghur-dominated southern Xinjiang would reach between 8.6-10.5 million by 2040 under the new birth prevention policies. That compares to 13.14 million projected by Chinese researchers using data pre-dating the implemented birth policies and a current population of around 9.47 million.

Zenz, an independent researcher with the Victims of Communism Memorial Foundation, a bipartisan non-profit based in Washington, D.C., has previously been condemned by Beijing for his research which has been critical of China’s policies on detaining Uyghurs, mass labour transfers and birth reduction in Xinjiang.

China’s foreign ministry has accused Zenz of “misleading” people with data and, in response to Reuters’ questions, said “his lies aren’t worth refuting.”

Zenz’s research was accepted for publication by the Central Asian Survey, a quarterly academic journal, after peer review on June 3.

Reuters shared the research and methodology with more than a dozen experts in population analysis, birth prevention policies and international human rights law, who said the analysis and conclusions were sound.

Some of the experts cautioned that demographic projections over a period of decades can be affected by unforeseen factors. The Xinjiang government has not publicly set official ethnic quota or population size goals for ethnic populations in Southern Xinjiang, and quotas used in the analysis are based on proposed figures from Chinese officials and academics.

The move to prevent births among Uyghur and other minorities is in sharp contrast with China’s wider birth policies.

Last week, Beijing announced married couples can have three children, up from two, the largest such policy shift since the one child policy was scrapped in 2016 in response to China’s rapidly ageing population. The announcement contained no reference to any specific ethnic groups.

Before then, measures officially limited the country’s majority Han ethnic group and minority groups including Uyghur to two children – three in rural areas. However, Uyghurs and other ethnic minorities had historically been partially excluded from those birth limits as part of preferential policies designed to benefit the minority communities.

Some residents, researchers and rights groups say the newly enforced rules now disproportionately impact Islamic minorities, who face detention for exceeding birth quotas, rather than fines as elsewhere in China.

In a Communist Party record leaked in 2020, also reported by Zenz, a re-education camp in southern Xinjiang’s Karakax county listed birth violations as the reason for internment in 149 cases out of 484 detailed in the list. China has called the list a “fabrication”.

Birth quotas for ethnic minorities have become strictly enforced in Xinjiang since 2017, including though the separation of married couples, and the use of sterilisation procedures, intrauterine devices (IUDs) and abortions, three Uyghur people and one health official inside Xinjiang told Reuters.

Two of the Uyghur people said they had direct family members who were detained for having too many children. Reuters could not independently verify the detentions.

“It is not up to choice,” said the official, based in southern Xinjiang, who asked not to be named because they fear reprisals from the local government. “All Uyghurs must comply… it is an urgent task.”

The Xinjiang government did not respond to a request for comment about whether birth limits are more strictly enforced against Uyghurs and other ethnic minorities. Xinjiang officials have previously said all procedures are voluntary.

Still, in Xinjiang counties where Uyghurs are the majority ethnic group, birth rates dropped 50.1% in 2019, for example, compared to a 19.7% drop in majority ethnic Han counties, according to official data compiled by Zenz.

Zenz’s report says analyses published by state funded academics and officials between 2014 and 2020 show the strict implementation of the policies are driven by national security concerns, and are motivated by a desire to dilute the Uyghur population, increase Han migration and boost loyalty to the ruling Communist Party.

For example, 15 documents created by state funded academics and officials showcased in the Zenz report include comments from Xinjiang officials and state-affiliated academics referencing the need to increase the proportion of Han residents and decrease the ratio of Uyghurs or described the high concentration of Uyghurs as a threat to social stability.

“The problem in southern Xinjiang is mainly the unbalanced population structure … the proportion of the Han population is too low,” Liu Yilei, an academic and the deputy secretary general of the Communist Party committee of the Xinjiang Production and Construction Corps,  a government body with administrative authority in the region, told a July 2020 symposium, published on the Xinjiang University website.

Xinjiang must “end the dominance of the Uyghur group”, said Liao Zhaoyu, dean of the institute of frontier history and geography at Xinjiang’s Tarim University at an academic event in 2015, shortly before the birth policies and broader internment programme were enforced in full.

Liao did not respond to a request for comment. Liu could not be reached for comment. The foreign ministry did not comment on their remarks, or on the intent behind the policies.

Zenz and other experts point to the 1948 Convention on the Prevention and Punishment of the Crime of Genocide, which lists birth prevention targeting an ethnic group as one act that could qualify as genocide.

The United States government and parliaments in countries including Britain and Canada have described China’s birth prevention and mass detention policies in Xinjiang as genocide.

However, some academics and politicians say there is insufficient evidence of intent by Beijing to destroy an ethnic population in part or full to meet the threshold for a genocide determination.

No such formal criminal charges have been laid against Chinese or Xinjiang officials because of a lack of available evidence on and insight into the policies in the region. Prosecuting officials would also be complex and require a high bar of proof.

Additionally, China is not party to the International Criminal Court (ICC), the top international court that prosecutes genocide and other serious crimes, and which can only bring action against states within its jurisdiction.