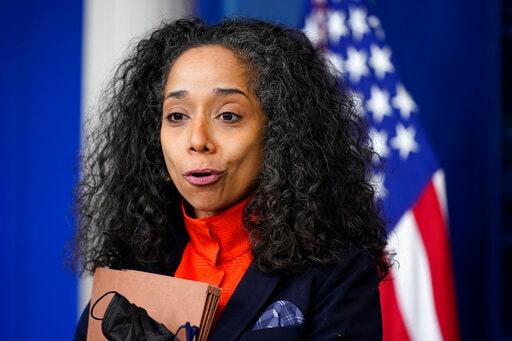 WASHINGTON: President Joe Biden on Tuesday nominated Julissa Reynoso, the chief of staff to first lady Jill Biden and a former ambassador, to serve as his ambassador to Spain and Andorra.

Reynoso has also served as the co-chair of the White House Gender Policy Council, a role that has her advocating on behalf of women and girls in the U.S. and around the globe.

She is expected to remain in her current role until she is confirmed by the Senate. A successor has not been named, according to the first lady’s spokesman Michael LaRosa.

The first lady said when she met Reynoso in 2019 they immediately clicked.

We stayed in touch, and I knew if we came to the White House, that I wanted her as my Chief of Staff,” Jill Biden said in a statement. “Shes been exceptional and an incredible leader and friend. Given her experience and her heart, I can think of no one better than Julissa to represent us in Spain and Andorra.”

Reynoso served as an ambassador to Uruguay and a senior State Department official during the Obama-Biden administration. She was already being considered for a top job at the State Department when the first lady recruited her to join her team.