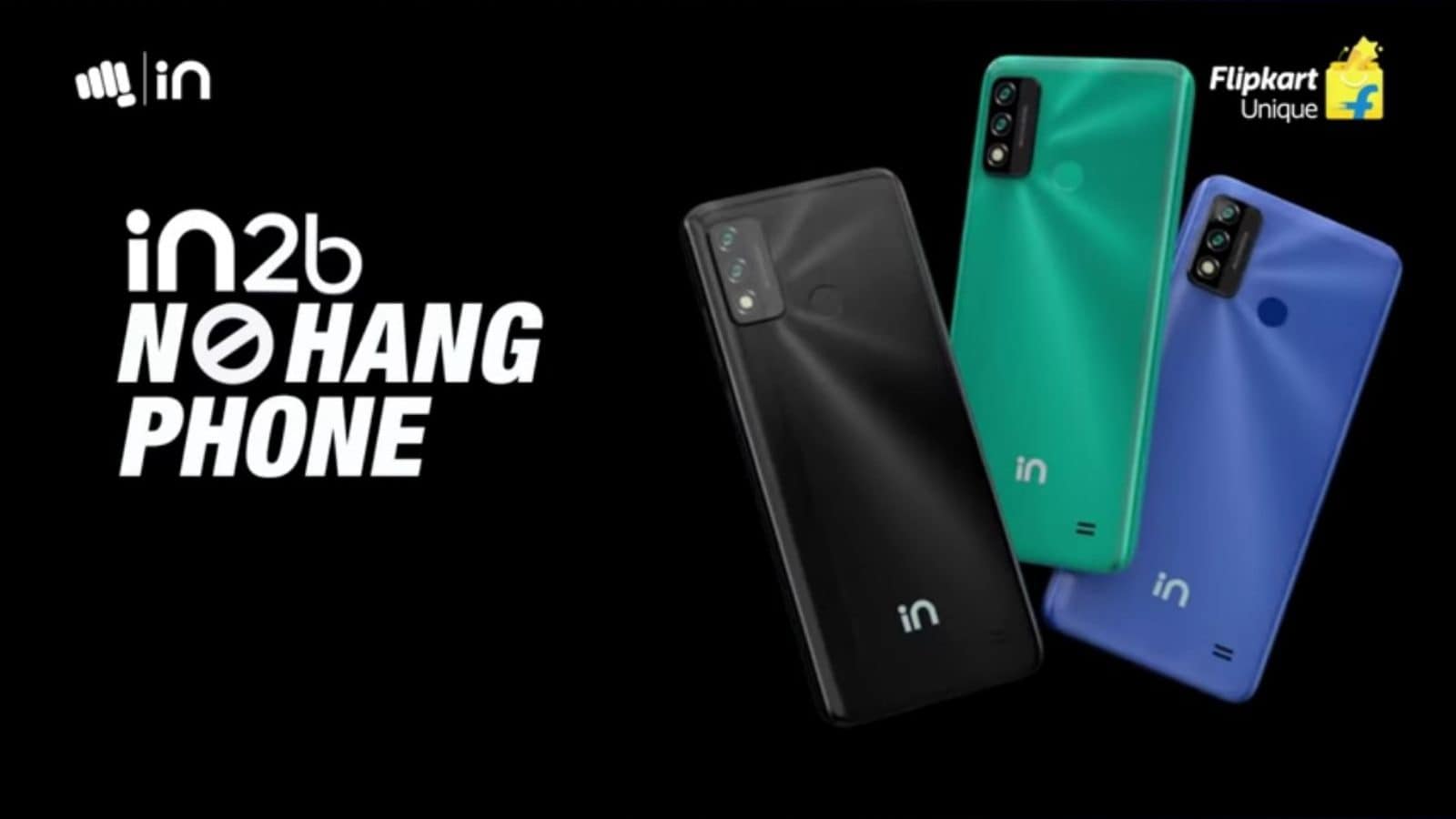 Micromax In 2b will come in Black, Blue, and Green colour options. (Image: YouTube / Micromax India)

Micromax has revealed the Micromax In 2b will feature Mali-G52 GPU that is said to deliver 30 percent enhanced performance over its predecessor Micromax In 1b from last year.

The Micromax In 2b has been confirmed to launch in India on July 30. The smartphone will retail via Flipkart, the company revealed on its social media channels. A promotional video further showcased its Black, Blue, and Green colour options with the same dual-rear cameras and waterdrop-style notch. Micromax has revealed the Micromax In 2b will feature Mali-G52 GPU that is said to deliver 30 percent enhanced performance over its predecessor Micromax In 1b from last year. The upcoming phone’s battery life has been also enhanced by 30 percent, the company claims. The launch event will take place tomorrow at 12 PM IST.

Ahead of the launch, Micromax In 2b appeared on the Geekbench site, where the CPU is listed as the octa-core Unisoc SoC with a base frequency of 1.82GHz. The RAM is also listed as 4GB, which means the phone would be able to handle a full-version of Android 11 instead of the toned-down Android Go edition on the first Micromax In 1b that debuted in November 2020.

A separate report had claimed that the Micromax In 2b would carry 64GB of internal storage, though it is unclear whether we’d get more storage options. In the camera department, the rear setup is said to house a 13-megapixel primary camera accompanied by a 2-megapixel secondary sensor. We can expect the secondary camera to be a depth sensor, just like on the Micromax In 1B. At the front, the screen is said to carry a waterdrop-notch that reportedly houses an 8-megapixel selfie camera. Lastly, the smartphone will carry a 5,000mAh battery, which the company has also confirmed. The report adds that users will get standard 10W charging support. If the rumours are accurate, it appears that the Micromax In 2b is again designed for entry-level smartphone users. The phone would hope to rival other budget offerings in India that include Samsung Galaxy M01, Realme C11, and more.