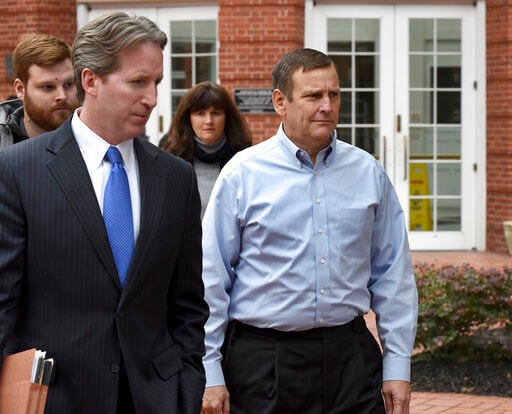 NASHVILLE, Tenn.: Federal prosecutors indicated Tuesday that they won’t pursue a new trial against the former president of Pilot Flying J and two of his former employees in connection to a rebate scheme aimed at cheating trucking companies out of millions of dollars.

The motion made in U.S. District Court in Knoxville asks a judge to sign off on a request to drop the remaining charges against former Pilot President Mark Hazelwood, former Vice President Scott Scooter Wombold and former account representative Heather Jones.

Prosecutors cited several reasons for not retrying the three after their 2018 convictions were overturned by a federal appeals court panel.

The trial would require testimony from a cooperator, whom the government does not name, whose personal circumstances (1) cause the government to conclude that it would be inappropriate to compel her testimony and (2), in any event, prevent the government from being confident in the reliability of that witness recollection of significant facts and circumstances, the motion by Acting U.S. Attorney Francis M. Hamilton III states.

Additionally, prosecutors say the case concerns facts from about a decade ago that would require help from people who already finished their sentences related to the case, including some who reportedly have made statements since sentencing that would negatively impact the credibility of their testimony in a retrial” and whose statements suggest an inclination to withhold further assistance to the government.

Finally, prosecutors cited limited government resources and their experiences with challenges in the first trial.

Those reasons combined, prosecutors wrote, force the governments conclusion that it now faces significant obstacles in proving its case against these defendants beyond a reasonable doubt in a retrial.

In October, a federal appeals court panel vacated the three convictions in a split decision, finding that the judge should not have allowed the jury to hear a recording of Hazelwood making racist remarks during a work retreat for Pilot executives. The panel sent the cases back for a retrial. Hazelwood has apologized for his language.

His legal team declared Tuesday that “Mark Hazelwoods nightmare is now over.”

We are gratified that the Department of Justice agreed that dismissal was the only appropriate remedy,” the team said in a statement. “We look forward to seeing the next chapter of Marks life, surrounded by his wife Joanne and his loving family, and are honored to have been able to tell his whole story in full truth. Mark is innocent.

“Now, Mr. Wombold and his family can move forward in peace, rebuild their lives, and put this challenging time behind them,” Kelly said in a statement.

Jones’ attorney, Ben Vernia, said she is “deeply gratified” at the motion to dismiss, and also indicated that her client has maintained her innocence.

Fourteen former Pilot employees pleaded guilty before Hazelwood, Wombold and Jones were tried. Also prior to the trial, the company had agreed to pay an $85 million settlement to defrauded customers and a $92 million penalty to the government.

The company is controlled by the family of Cleveland Browns owner Jimmy Haslam and former Tennessee Gov. Bill Haslam. The Haslams have not been charged with any wrongdoing.

The former governor had not been involved with Pilot Flying J in recent years, though the company in July 2020 announced that he would serve on its board. Jimmy Haslam is chairman of the board after serving as chief executive officer for 25 years up until early this year.

Berkshire Hathaway, Warren Buffetts company, in 2017 announced plans to initially buy 38.6% of Pilot, a share that in 2023 will increase to 80%. The Haslams will maintain a 20% share in 2023 and plan to stay involved in the company.