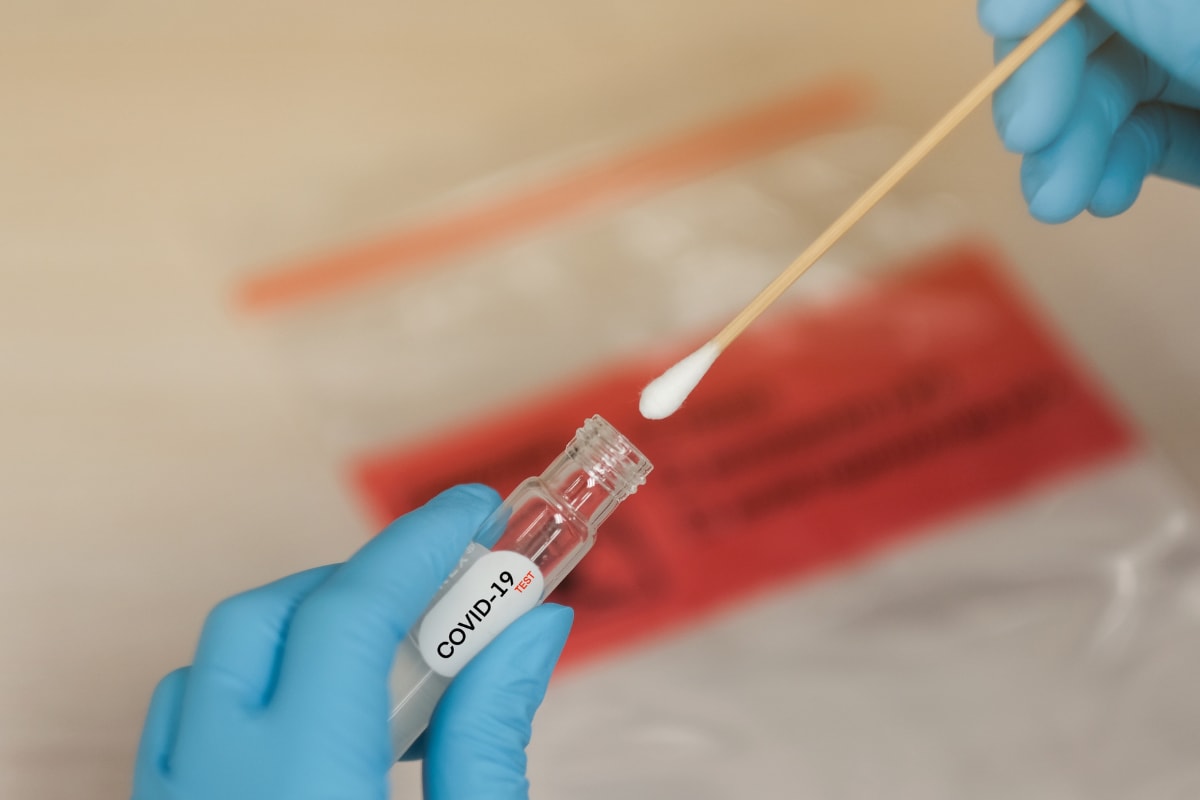 South Korea’s prime minister and defence minister apologised as hundreds of COVID-19-infected sailors were flown to Seoul on Tuesday after a navy destroyer patrolling the waters off Africa was found to be riddled with the coronavirus.

Almost 250 of the 301-strong unvaccinated crew aboard the destroyer Munmu the Great were infected, the country’s biggest cluster of COVID-19 military cases, sparking a public furore at the government’s failure to protect those serving abroad.

”I apologise for having failed to take better care of the health of our soldiers who devoted themselves to the country,” Prime Minister Kim Boo-kyum told an intra-agency COVID-19 meeting as he promised treatment and recovery support for the crew, which includes 12 in critical condition.

Defence Minister Suh Wook apologised for not immunising the crew before they departed for the Gulf of Aden in early February on an eight-month counter-piracy mission, and said he would examine anti-virus policies for all overseas military units.

The rare double apology underscored simmering anger in South Korea over the handling of the pandemic as a fourth wave of infections sweeps through the country with just 13% of the 52 million population fully inoculated amid vaccine shortages.

The destroyer left South Korea just a couple of weeks before officials kicked off a national vaccination programme. Authorities decided that inoculating at sea would not be feasible due to limited emergency responses and cold storage requirements for some vaccines, the defence ministry said.

But opposition lawmakers said the government should have sought help from other countries or replaced the crew with vaccinated personnel, and urged President Moon Jae-in to apologise and fire Suh.

”The government revealed its own incompetence by giving lame excuses such as transport issues, that they didn’t have diplomatic power to secure cooperation from nearby countries,” said Kim Ki-hyeon, floor leader of the main opposition People Power party.

Moon said he would accept criticism over the ”insufficient, complacent” handling of the issue, and ordered improved measures to ensure the health and safety of troops and diplomats serving abroad.

Opposition lawmakers also blamed poor initial responses for aggravating the outbreak on board the destroyer, as a sailor who first reported symptoms on July 2 was only given cold medicine.

All 301 of the crew – members of the high profile and publicly popular counter-piracy Cheonghae Unit – were due to arrive in Seoul on Tuesday after the government carried out an emergency air evacuation.

The critically ill will be hospitalised and the others infected taken to treatment centres, officials said. The minority who tested negative will be retested and held in isolation at military facilities.

They were replaced on the destroyer by a 200-strong immunised crew who will steer the ship home over the next 50 days.

Some Korean news reports suggested the sailors contracted the virus from contaminated food brought onboard while the ship was docked at an unspecified port near the Gulf of Aden to purchase supplies from June 28 to July 1.

Lee Sang-won, an official at the Korea Disease Control and Prevention Agency (KDCA), said on Tuesday the likelihood of infection from eating or touching food was low. The KCDC would begin an investigation once the crew had arrived home, he said.

South Korea is battling its worst-ever COVID-19 wave, while struggling to turbocharge its vaccination campaign amid global supply shortages and shipment delays.

The country has largely successfully tackled previous COVID-19 waves, aided by a massive tracing and testing system. But only 31.7% of its 52 million people have received at least one dose of a vaccine as of Monday, well below many other advanced nations.