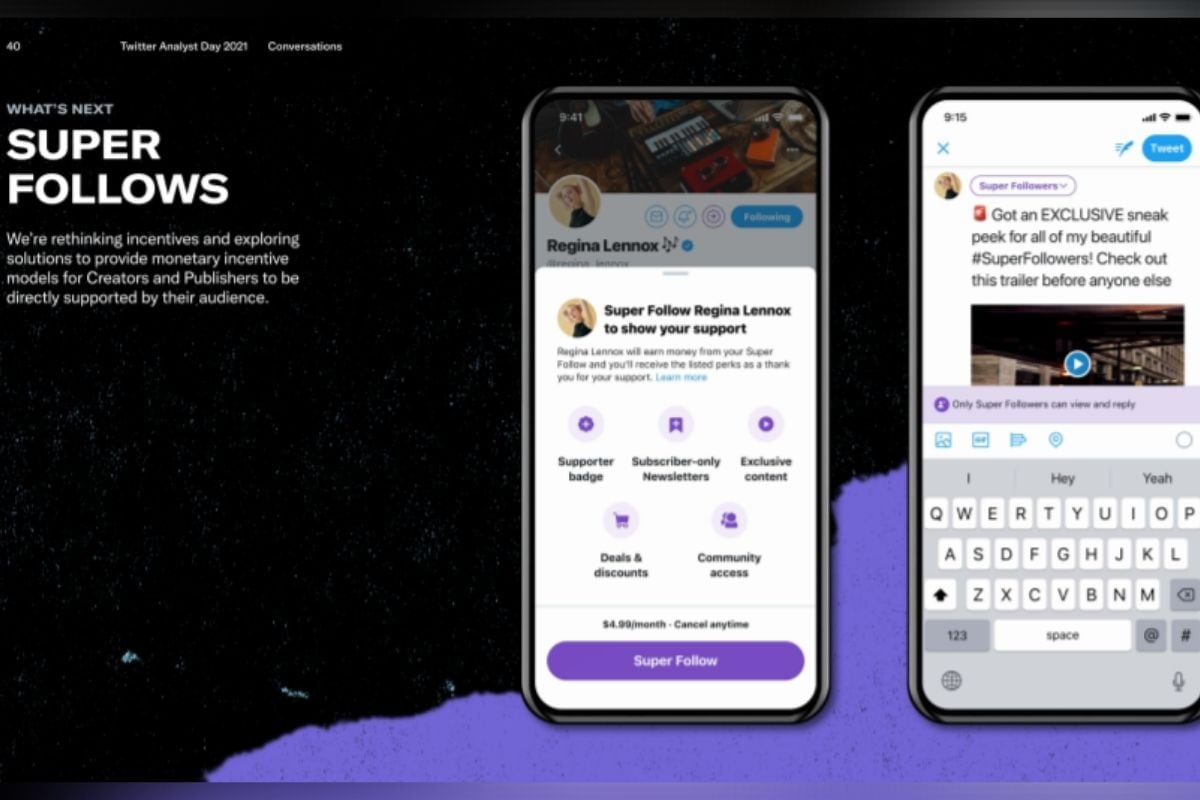 Twitter had earlier this year announced that it will bring a feature called Super Follows, that will allow some users to charge their followers and give them access to extra content. Now, reverse engineer Jane Manchun Wong has tweeted screenshots of what she says it will look like. According to Wong’s findings, the Super Follows program will be limited to Twitter users with at least 10,000 followers, who have posted at least 25 tweets within the last 30 dats and are above 18 years of age. Twitter has earlier mentioned that one of the main features of Super Follows will be bonus content, such as exclusive tweets for Super Followers.

Twitter is working on Super Follows applicationRequirements:- Have at least 10000 followers- Have posted at least 25 Tweets in past 30 days- Be at least 18 years old

notably, “Adult content” and “OnlyFans” are mentioned in the category and platform sections https://t.co/qSEjh0ohm8 pic.twitter.com/yvkzx672V2

Twitter has also introduced other direct payments features for the platform this year. The company recently announced that it is testing a feature called Tip Jar that lets users make one-time payments to creators directly on Twitter by clicking a dollar bill icon on their profile. Twitter says it doesn’t take a commission from Tip Jar payments. Tip Jar supports several payment methods like Cash App, PayPal, and Venmo.