Mamata Banerjee is in Delhi to meet PM Modi where she is expected to raise the Tripura violence issue, enhancement of BSF jurisdiction as well as the ongoing “atrocities” in Tripura.

Banerjee also said she may not join the dharna being staged by TMC MPs in the national capital to protest against the “attack on party workers” in Tripura and arrest of youth leader Saayoni Ghosh, but will surely express solidarity with them. 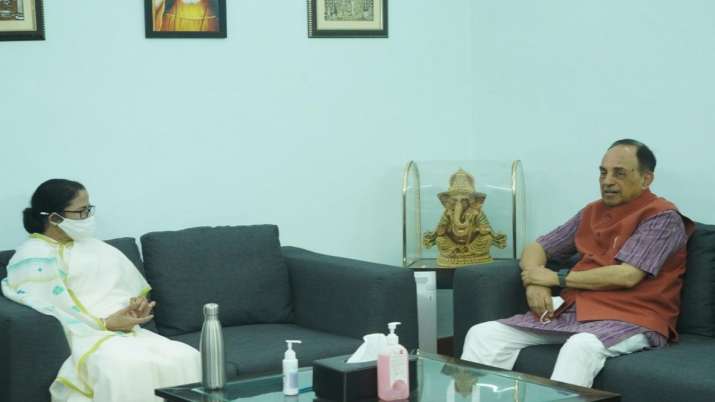 The TMC supremo’s comment drew a sharp retort from the BJP which urged her to stop post-poll violence in West Bengal.

“During my visit to Delhi, I will be meeting the prime minister. Apart from various state-related matters, I will be raising issues concerning the enhancement of BSF jurisdiction as well as Tripura violence,” Mamata said earlier.

Hitting out at Amit Shah, the TMC supremo said the Union home minister “is yet to show courtesy” and meet the TMC MPs, who had been seeking an audience with him over the violence in Tripura.

“He (Shah) may belong to the BJP, but he is holding the chair of the home minister. My MPs have been sitting in front of his office since morning, but no courtesy was shown to them,” she said.

However, the MPs later met Shah and apprised him of the alleged attacks on party workers in Tripura.

Describing the situation in Tripura under the Biplab Deb-led BJP government as “atrocious”, Banerjee wondered why the human rights commission was “not taking a note of the ongoing use of brute force” in the Northeastern state.